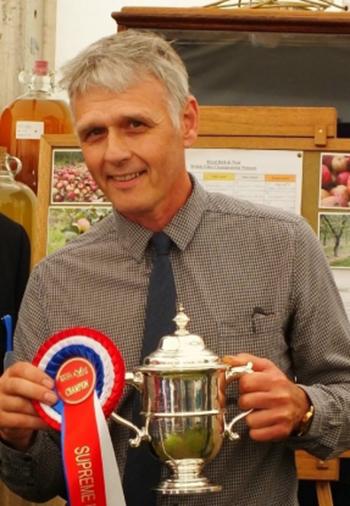 Nick Poole, of Powerstock, near Bridport, was awarded the Gold Medal Lifetime Achievement Award for Services to the Cider Industry at the Bath and West Gold Medal at the Royal Bath & West Show.

Nick's work in promoting traditonal cider in Dorset, and in running the renowned Powerstock Cider Festival was recognised by the prestigious annual award. Nick and his wife Dawn - who also deserves special recognition for her part in the festival organisation - ran the festival for 16 years and raised more than £43,000 for local charities in the process.

Nick said: “I’m delighted. It’s pretty amazing to be given two such prestigious awards in one year!”

Helping the region’s growers and makers