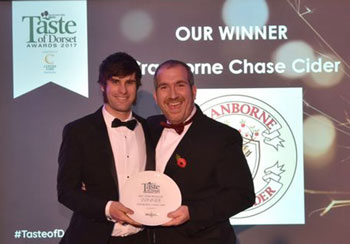 Bill Meaden, owner and Cidermaker at Cranborne Chase Cider has won the Best Cider Producer for the second year in a row at the recent Dorset Food and Drink awards held at the George Albert Hotel near Evershot.

Helping the region’s growers and makers